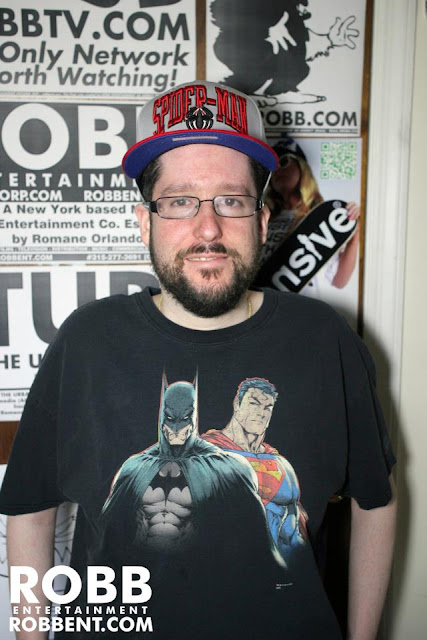 Jesse Pindus is a writer, producer, actor, and host. He currently hosts REC TV (rec.xrobb.com), a comic book review show on ROBB TV (robbtv.com). He’s also the voice of Teddy in the Misphits web series, and also co-authored the Misphits: Our Bullshit Society comic book among other projects. Jesse was advised by Eugene D. Pitaro, Esq. from Pitaro & Pitaro, Esqs.

“Jesse has be an invaluable asset to our company so it was only right for both of us to make the decision of representation. Jesse is smart, witty, and incredibly talented. Here’s to a very long term business relationship.” – Romane Orlando Robb (Chairman/CEO)

Robb Entertainment New York based Media and Entertainment company that specializes in the production, marketing, and distribution of short and long form entertainment, across multiple platforms. The company was established in 2008 by Romane Orlando Robb, and is owned by SimpleRobb, Inc. – A Robb Corporation Company. For more information please visit us at robbent.com.