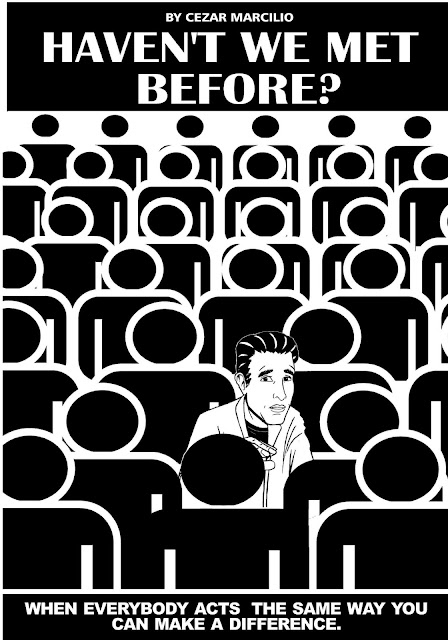 This story is set in a not-too-distant future and shows us a new organization of cities. In this alternative world, the government and corporations have organized a new kind of urban environment called Hope Cities. These cities are organized by waiting lines used to control the huge population.

Jeff is a young, excited man who is often thinking of ways to leave Hope City. Brian is a guy who will do anything to help his father, including using unethical methods. Daisy is a young and beautiful prostitute who is always sad because of heartbreak in her past. Thompson Jr. is a relaxed and happy young man who doesn’t need work. But, like all characters in this story, he hides some secrets that will affect many people that he knows.

Haven’t We Met Before? is a sci-fi thriller which mixes dark humor, drama, and a psychological  journey through the mentality of the society and the main characters that live within that society. Also, the story brings up some social critiques and questions: If life is so bad, why do we continue living?

Why are people living their lives complaining and complaining but doing nothing to change them? Maybe stagnation is a feeling created by us, but so is hope.

Will be on Amazon, The Urban Blvd, and Robb’s Entertainment Club on November 23rd, 2015.